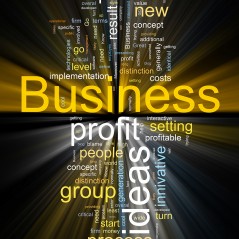 Barter - This relates to the direct exchange of goods-for-goods where no cash is involved. Oil payments for arms are a widespread form of barter used in the Persian Gulf, for example.

BOOT - Build Own Operate and Transfer is a common form of PFI contract, similar to a BOT

BOT – Build Operate Transfer. The private sector finances, builds and operates a new infrastructure facility or system according to Government performance standards. The operations period is long enough to allow the private company to pay off the construction costs and realise a profit, typically 10 to 20 years. The government retains ownership of the infrastructure and becomes both the customer and the regulator of the service.

Classical offset - The exporter sells goods and is paid in the local currency of the buyer. The currency must be used within the country and cannot be exchanged.

Co-operative venture - A form of buy-back, this is a long-term agreement involving capital projects or production sharing ventures. Both parties own equity in production facilities and payment is taken from the results of the manufacturer.

Co-production - Overseas production agreements that permit a foreign government or producer to acquire the technical information required to manufacture all or part of a piece of defence equipment. Co-production is highly favoured by recipients because of the employment and technology transfer implications of these types of deals.

Counter-purchase – It is the most common and fastest growing form of counter-trade. Here the exporter agrees to buy (or to find a buyer for) a specific value of goods from the original importer. Counter-purchases are often avoided because they incur extra transaction costs. In addition many counter-purchase agreements impose quite rigid specifications relating to time for completion of the counter-purchase and penalties for non-performance.

Credit value of an offset - The offset transaction value applied against the offset agreement, which may be greater that the actual value of the offset.

DBFO - Design Build Finance and Operate is the most common form of PFI contract.

Direct investments/in-flow of capital – When tangible items such as primary materials or finished goods are supplied by the foreign contractor at no charge. Usually encountered in co-production arrangements which require the prime supplier to provide local subcontractors with machinery, hardware or other materials required for the production process. Since the subcontractor does not have to purchase these items, the effect on the host country is the same as an inflow of currency, a direct investment by the prime contractor.

Direct offsets - Through "direct" offsets, the purchaser receives work or technology directly related to the equipment being purchased or through projects in sectors the buyer country deems strategically important to it.

Indirect offsets - These typically involve barter and counter trade deals unrelated to the equipment being purchased such as inward investment to the buying country, transfer of technology or access to new markets for goods and services originating in the buyer country. Particularly common in many developing countries where the industrial base and infrastructure are poorly developed.

Industrial Participation Programme - This has the same meaning as 'offset' though some countries prefer not to use this expression.

Joint venture - An entity formed for a specific purpose and duration between two or more parties, this may take a variety of legal forms.

Licensed Production - This involves production within the purchasing country of defence equipment based upon the transfer of technical information under direct commercial arrangements between an exporting manufacturer and an importing government or producer.

Multiplier - The credit coefficient which is defined in the basis of the criteria accepted by the purchasing government.

Obligee - Refers to the party benefiting from the obligation.

Obligor - Refers to the party that must satisfy an offset obligation

Offset - An offset can be defined as compensation required as a condition of purchase in either government-to-government or commercial sales of defence equipment and services to a government. They take the form of industrial, commercial and political arrangements under which suppliers implement specific projects aimed at partially or fully compensating (offsetting) the buyer's procurement costs.

Offset Agreement - A counter contract to a military export sale negotiated separately between the procuring country and the exporter as a condition of the export sale. The offset agreement requires the exporter to compensate the purchaser with various types of offsets in the form of assigning subcontracting work, investments and/or grant of materials/services.

Offset Threshold - Refers to the contract value above which an offset obligation is mandatory.

Offset Transaction - An offset transaction is an actual delivery of an offset against the outstanding balance of an existing offset agreement.

PFI - The Private Finance Initiative is a partnership where the private sector provides and operates an asset in order that the public sector can procure a service (which can only be provided through that asset).

PPPs - Public/Private Partnerships is the term used to cover all partnerships between the public and private sectors. It usually takes the form of a joint venture arrangement which then undertakes to provide the required service.

Pre-Offsets - This refers to offsets which are fulfilled in advance of the award of a contract.

Privatisation - The process of moving from a government controlled system to a privately run, for-profit system.

Subcontractor Production - This involves overseas production of a part or component of a piece of defence equipment. A prime contractor would substitute an existing supplier with one located in the buyer country.

Swap - An exchange of streams of payments over time according to specified terms.

Switch - This is similar to swap but is more complex in that it can include different currencies, rates of interest and loan terms.

Technology Transfer - This occurs as a result of an offset agreement that may take the form of research and development conducted abroad; technical assistance provided to the subsidiary or joint venture of overseas investment; or other activities under direct commercial arrangement between a manufacturer and a foreign entity.