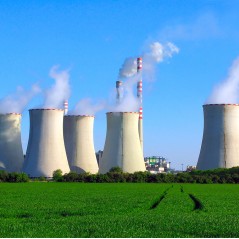 Tricolom's Offset clients insist on discretion to protect competitive advantage. Non-disclosure agreements are in place with its respective clients. Whilst these case studies are based on actual business situations, the company and country details are not divulged.

A leading European defence company was required to accept Offset obligations as part of a valuable export contract. They did not have the staff to fulfil the obligations and with their preoccupation of ensuring the contract was properly resourced the Offset requirements were deferred to a later date. Two years later, after the goods had been despatched and the system handed over, the financial director was informed that the penalties associated with non-performance of the Offset liabilities were payable at the end of the year. He was also advised by the commercial team that even if the penalty was paid they would not be absolved of responsibility for creating the necessary Offsets. Failure would result in the company and its associated companies being barred from future contracts in the territory. Not only would the financial director's bottom line be hit, in a year when trading conditions were not good, but he would have to inform his shareholders of outstanding Offset liabilities.

Tricolom were active in the territory in which these obligations had been accepted and offered the company's financial director a solution to resolve the immediate penalty issue. They were also able to offer the company a structured approach to fulfilling future Offset obligations which are an increasing feature in winning new export business. Every company needs to maximise its competitive advantage in today's business environment and Tricolom can help deliver that advantage.

An overseas company established to address a local manufacture requirement had itself won an export order. Whilst this was welcome news for the parent company, as the export order went a long way to fulfilling Offset requirements from the original contract, it carried a risk. The export order created additional offset obligations in the country to which the goods were being exported. Tricolom was asked to assist with its expertise of meeting a variety of Offset obligations in various environments. Not only did Tricolom help meet the Offset obligations created in the third country but it was also able to trade the Offset credits created in the mother country. This gave the exporter an added competitive advantage.

A major aviation group accepted an Offset obligation of 100% of the contract value against a strategically important deal. Although a specialised team was established in the company to address the issue it was unable to create sufficient projects to fulfil the Offset obligation.

Tricolom was able to propose innovative solutions that had not been considered in-house because of its broad view of the Offset market. Together with the in-house team Tricolom fulfilled the outstanding obligations to the satisfaction of the client's customer.

An original equipment manufacturer (OEM) based in the United Kingdom had been a long standing supplier to one of the country's pre-eminent defence companies. The defence company had won a major contract in the Middle East and the OEM was expecting a healthy order intake associated with the project for many years to come. It was planning to open a new factory and increase the size of the workforce on the back of the anticipated order. During the contract negotiations the defence exporter insisted the OEM accepted an Offset liability associated with the territory to which the finished goods were being exported. The managing director of the OEM and his team had no experience of the Offset market. They refused to accept the condition and lost the contract to an overseas company which was able to meet the Offset obligations.

Not only have jobs in the United Kingdom been lost but valuable expertise has left the UK. Had the OEM's management team contacted Tricolom during their contract negotiations an Offset package could have been arranged and the deal saved. Tricolom is able to help second and third tier suppliers to meet any Offset obligations.

A European company involved in the manufacture of aerospace platforms required $10m of titanium fixings annually to meet its production needs. The company sourced its fixings from an international stockist with manufacturing plants in the US, Europe and the Far East. The company was looking for Offsets in another territory to meet an Offset obligation.

Titanium fixings were manufactured in this territory but the cost of the raw material, which had to be imported, meant that it did not make economic sense in terms of added local value.

Tricolom through its wide network of company contacts knew of another company importing titanium block for the manufacture of aviation gearboxes and drive shafts. By putting both parties together it was able to arrange for the titanium waste from the milling process to be reprocessed to become raw material for the fixings manufacture. Together with the international stockist the European aerospace company found another source of titanium fixings thereby creating a new market for the local industry.

A software house was interested in a defence programme in an emerging territory. The contract was to provide a data fusion centre for leading edge technology defence platforms and would have been very lucrative for the software house. However, the emerging territory was not secure for its personnel and the risk of kidnap meant that its personnel were not keen to take up in-country appointments. The emerging country had no software expertise of its own and training courses in the UK were out of the question. After much deliberation the directors of the software company decide that they could not bid for the work.

Had they contacted Tricolom they would have been put in touch with software houses in a third country that could be trained to carry out the work in the emerging country. Not only would the software house have been able to bid for the contract but the work with the third country would earn Offset credits. These could then have been made available to other clients of Tricolom thereby earning the software company an additional revenue stream.

Setting up of an International Leasing Company

An International Leasing Company was formed in a Middle East Country. This was an Offset programme bringing a major defence company’s expertise in aircraft leasing and the capital necessary to start the business together to support the establishment of a Gulf-based international capital asset management and leasing company.

Tricolom’s Directors put in place a finance plan for the business in such a way that the Offset credits were used to raise the seed capital for the company. Subsequently the refinancing of another airline's aircraft through the same company allowed for greater profitability.

Financing of a National Airline

When a country’s airline company needed to be restructured because of its mounting debts and problems with resourcing further funds, it used the offset programme of a friendly country to leverage complete refinancing of its fleet of aircraft.

Tricolom’s Directors were able to access aircraft financing and by using prime credit ratings of defence contractors made it possible to refinance without applying any national funds.

Most Middle East countries import large quantities of flowers from other countries. The problem is that setting up a successful company in such a specialist field requires access to expertise in growing and in local distribution. This, coupled with the requirement to make the initial investment 18 months before the income stream starts, has meant few people were prepared to take the risk.

Directors of Tricolom have used offset funding in two countries to set up major flower growing greenhouses. These are joint venture businesses that have a local company with the right distribution system as a partner. The major defence contractor sourced the technical expertise and used offset credits to provide an initial boost to its income until such time as the company was able to sustain itself.

Sourcing for a Building Project

A major building contractor has a fixed price project to build housing, shops and recreational facilities. Tricolom helped to source plant machinery, fixtures and fittings from a number of different countries where offset credits are needed.

A Tricolom client wishes to become an outsource partner to an aerospace company that has offset commitments.

By placing work in these local companies, Tricolom’s client is able to reduce its manufacturing costs and generate offset credits, which are used as a key differentiator in order to win the outsource contract from the aerospace company.

Relocation of an Industry

A manufacturer wishes to reduce his costs by relocating his factory to a low cost base country. He works with Tricolom to identify a suitable country where offsets are needed.

The business case for the factory requires $5m investment and 90% of the output of the factory will be exported to European and North American markets. It will also create 150 new local jobs.

Tricolom arranges for the manufacturer to leverage offsets in order to relocate his factory at a fraction of the cost.

Why are Offsets Important?

Setting Up of an International Leasing Company

Financing of a National Airline

Sourcing for a Building Project

Relocation of an Industry